One moment, they were with their pup, then the next, he’s gone.

Losing a dog like this is probably the scariest thing that could happen to an animal person. That’s why when the story got out on Facebook, not only hundreds but a thousand took to participate in the search for the pooch who had gone missing during a vehicular accident in Nashville. 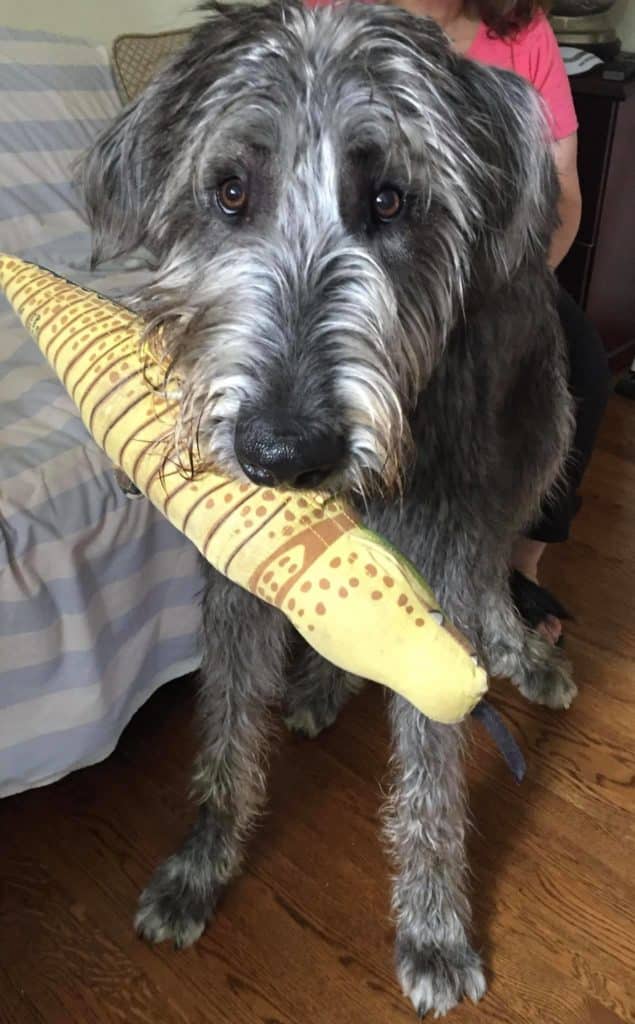 The fur mom and dad from Tenessee were on their way downtown that time when a minivan banged into their car, shattering their windows and tossing the Irish wolfhound out of their SUV. Mercifully, no one of them was harmed yet when they had gone out from the car to check their dog whose name is Fergus, he was nowhere in sight.

They ran a quick search through the area but to no avail. So they had their daughter Meredith ask for aid on Facebook then, desperate to find Fergus. And thankfully the netizens did not fail them!

Shortly after the post was made, a thousand had joined in the group “Find Fergus” leaving them utterly stunned. They were not expecting there would be a lot more than a few who would hear their plea.

Word got out so fast after that days later, they received the call. Fergus was, at last, found not a mile from where the accident occurred!

Upon receiving the news, Meredith did not waste a minute and rushed to see the wolfhound. And lucky us as someone took it on herself to share the heartwarming sight for everybody to witness.

And what a scene it was indeed to behold!

Meredith admits she still watches the video until now. She says she repeats the magical moment till it dawns on her that yes, it hadn’t been a dream and that their beloved puppy had gotten his way back to them! 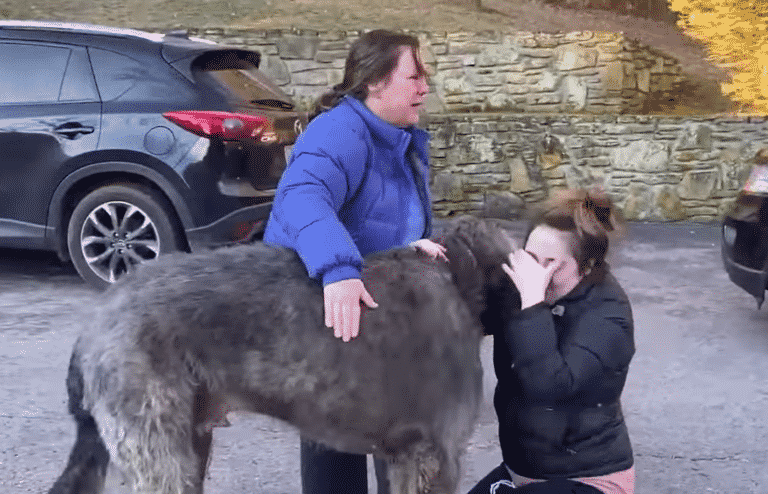 And for that, they have the kind people online who did not hesitate to share their story and take part in the mission to thank for!

Hi I'm Sierra, Yes - I'm named after the Sierra Nevada mountains. I grew up on a sheep farm, which means we had plenty of dogs to help with herding. I guess that's where I get my love for dogs. I started this site primarily to share information about dog health & safety. Every pet owner has a responsibility to properly care for the furry friends who love us unconditionally.

Our website is made possible by displaying online advertisements to our visitors. Please consider supporting us by disabling your ad blocker.